I’ve purposely steered clear away from engaging in any political comment on Facie regarding the coming election. Although, I think I may have mentioned something over a year ago when I genuinely thought it was a joke that Donald Trump was running. The whole thing is making me feel tired on the inside. All the fear-mongering, nay-saying, predictions of certain doom (and its best friend gloom).

I told Caleb recently that although I’m trying to make writing a regular discipline, I only want to blog when I actually have something to say. And today, I really want to say something. I know that I’m only adding my voice to the millions. I’m hoping that this will be a non-anxious voice.

The thing that keeps hitting me in the face, is that as Christ-followers, this changes NOTHING about the way Jesus has called us to live. If anything, it highlights it. Earlier this year when I was having some medical issues, the doctor told me that it looked like I had a mass on the south wall of my bladder (who knew your bladder had a south wall?). It was unusual, and they couldn’t rule out cancer. I had to wait several days before I could get in to see a urologist for what was an unmentionably uncomfortable procedure (except to say that it involved a camera…and my bladder…). We were driving home from church the day after the initial scan, and I just remember saying to Caleb, “This doesn’t change anything. If I do have cancer, it’s gonna suck so much. But it doesn’t change the way Jesus has asked me to live. It doesn’t change his goodness, eternity, or His long term plan. It will change what daily life looks like, but it doesn’t change the fundamentals.”

I’m not saying the current election won’t have massive ramifications on America and the world. My little knowledge on the inside workings of US Politics largely comes from The West Wing (and on that note, may I just say, ‘Bartlett for President’?) But I do understand that there are implications for the future of the Supreme Court, unborn children, refugees and migrants, and countless other very, very important issues. But does it change the day-to-day example for living that Jesus set? Not at all. Jesus Himself was born into a time of political instability. I think Christians often think of him as apolitical. I can’t get onboard with that – why else would the leading powers want him dead? His politics were subversive. They transcended the political ways of human rule. They pointed people away from the sovereignty of the leaders of the land, and instead to the Leader of the Kingdom.

The same applies today. Regardless of what the rulers of the land dictate, our political mandate is a higher one. One of hope, of love, of caring for the orphan and the widow, of kindness to our neighbour. Christians living under all forms of peaceful or tyrannical government have had the same mandate. It has not changed. Panic about what the future may hold, is not the Kingdom way. Jesus himself said, “Peace is what I leave with you; it is my own peace that I give you. I do not give it as the world does. Do not be worried and upset; do not be afraid.” (Jn 14:27).

So perhaps we could see the current political uncertainty as a cool opportunity to put into practice the politics of the Upside-down Kingdom. A chance to be peaceful in a time of anxiety. An opportunity to be kind in the midst of vitriol. A moment to hold hope and joy in the face of an uncertain future. I, for one, intend to (metaphorically) hum the old Sunday School tune at the coming days, “This little light of mine, I’m gonna let it shine. Let it shine, let it shine, let it shine.”

And that is the last you’ll hear from me on the subject!!

Over and out friends,
Love you,
Deb x 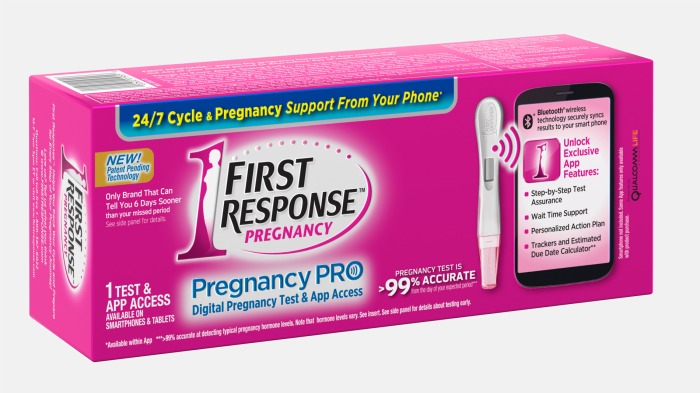 You may or may not have noticed that it’s been some time since I last blogged; the reason being, I have been feeling really unwell. I’ve had a spate of migraines varying from foggy soreness to hold-my-head-howl-at-the-moon-and-spew ones. My head has been feeling like it’s not attached to my body. I’m feeling nauseous. And exhausted. Just bottomed out. But, yes Sherlock, as you’ve probably suspected by this point, I’m pregnant!!

The blog I posted a few months ago (https://adventuresoftheordinaryblog.wordpress.com/2016/05/05/oh-baby/) outlined the unexpected fertility journey we found ourselves on. Shortly after I wrote that blog, we headed away on a trip to California for our fifth wedding anniversary. We had been planning to go somewhere amazing in the Dominican Republic, but then we bought a house, so ended up heading to Bethel Church to spend time with Jesus instead. It turned out to be an excellent choice.

We stayed at a guest house run by a couple that are involved with prayer ministry at Bethel. The moment we arrived, they asked us why we were there, and we briefly told them about the issues my body was facing. We told them that we where heading to the Healing Rooms the next morning to receive prayer. Naturally, they prayed for me then and there. Rick is one of those dudes that seems to have a direct line to God – he just prayed for like two seconds, then his face split into the most infectious grin, and he goes, “It’s time!! Ha ha, it’s time!!”

The next morning we attended the Healing Rooms, where they prayed for me again, then we had the funnest day eating out and napping, going to the movies, drinking coffee and all the fun stuff that’s not relaxing with a toddler. The next morning at church a man next to me interrupted me in the middle of worship, saying, “Excuse me, but are you wanting children?” So he prayed for me. Then we had breakkie with a Kiwi buddy before we left on the long trek home, and I told her about Rick saying, “It’s time.” To that she replied, “That’s exactly what popped into my head the very first moment I saw you.”

I won’t go into gory details, but let’s just say that all the cramping and issues I’d been experiencing stopped from that weekend on, and now I’m almost 11 weeks preggo! I had an early scan at seven weeks and got to see our little sesame seed and hear its wee rapid heartbeat.

I was SO excited to finally have a new little Schnoops onboard! And I am still so grateful, but as I mentioned earlier, it’s been TOUGH!! I really don’t recommend being a sicky preggy with a toddler, if it can at all be avoided. I don’t know who I feel most sorry for; me, Caleb or Judah. It’s been a family affair, this trimester. Grumpy mum has made too many appearances. Judah, sensing the changes afoot has been acting out and pushing my buttons with the skill of a neurosurgeon. Caleb has been picking up the extra slack along with starting a new business. (But since I’m voting for two, my ballot box wins).

One thing I’ve been learning throughout this journey is that God doesn’t do things my way. Or in my time. Or to my specifications. And that there are moments when life seems unbearably hard, and it’s difficult to understand why He doesn’t appear to intervene. However He is always there. The very worst migraine I had was last week. I was wracked with pain, couldn’t stop vomiting, and just so over being sick. And as I sat there in the dark room, there He was. His love was all around me. He just loved me. And it was so sweet.

So! New Hargrove on the scene Feb 2017!! Eeek!! (That was the sound of excitement/nervousness – not, as Caleb would say, the squeak of ‘Preggy Piggy’ approaching a Big Mac. Although, let’s be honest, it’s that too). I’ll blog when I feel up to it, otherwise, love you friends, I hope you are well!!